The first day of spring is coming up on March 20. To celebrate, I’m sharing a tip that isn’t very exciting but it’s important, so stay with me.

All winter long we deal with colds and flus and runny noses. We clean our sheets and towels and wipe down just about every area of our house. But for some reason we tend to forget about the one thing our hands touch all day long- our door knobs.

So, to really leave the winter and all its germs in the past, please join me in a good, old-fashioned door knob cleaning party.

Grab your favorite cleaner and a towel and take a walk around your house. 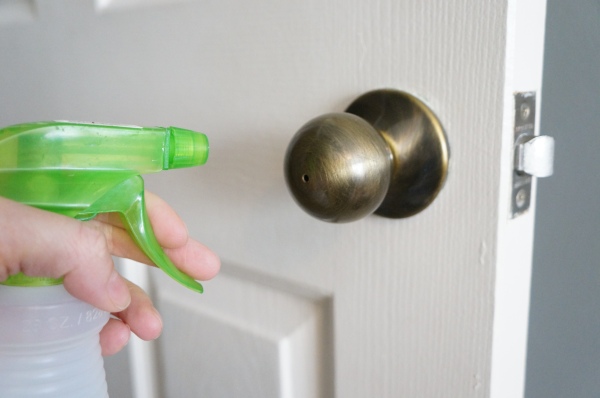 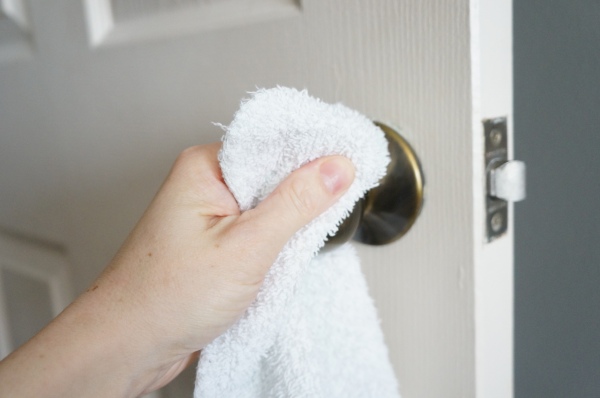 And while you’re at it, wipe down your toilet flusher handles. 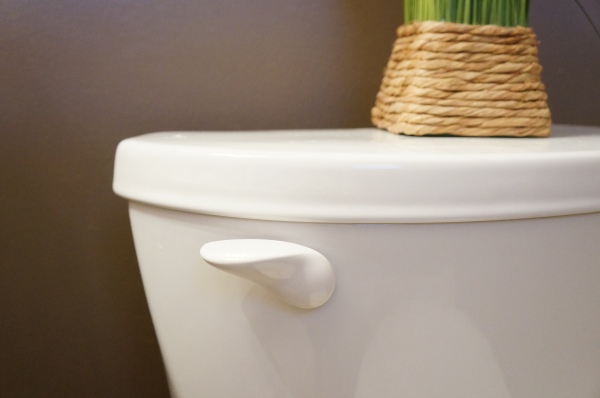 Oh, and your cell phone. 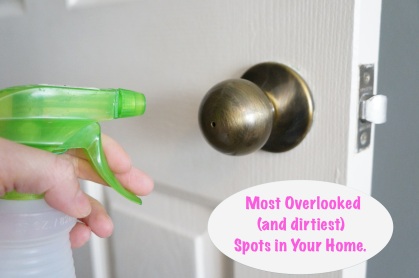 Even though they are young, I try to tell my kids that the world is their oyster and they can do and be whatever they set their minds to. Normally, messages like these are great, except when they get lost in translation.

Or more specifically, “Your chair and your walls are your canvas.” 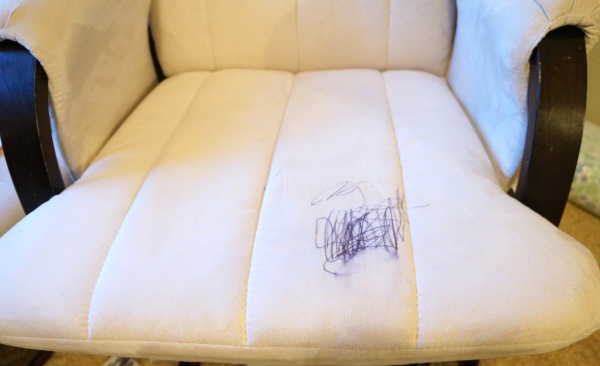 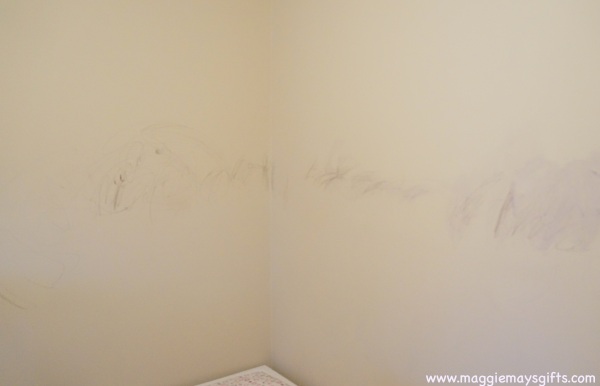 When you are used to washable markers, dealing with a ballpoint pen (or Sharpee) can be a little disheartening. I remembered hearing about rubbing alcohol for pen and decided to try it.

Here is the chair before. 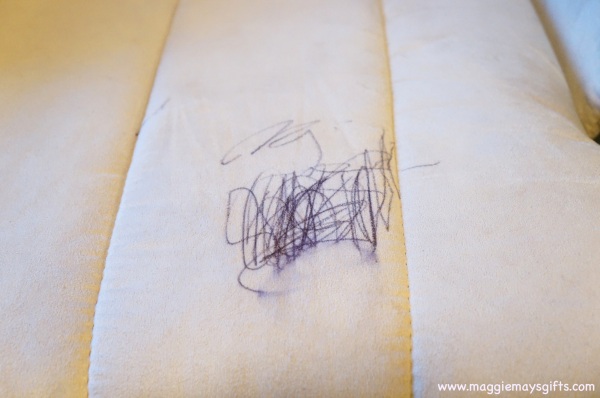 I just soaked a cotton ball in rubbing alcohol and rubbed it on the pen marks in a circular motion.

The drawing immediately came out but then it looked like the ink was smearing lightly around the spot leaving a purplish hue. This worried me. 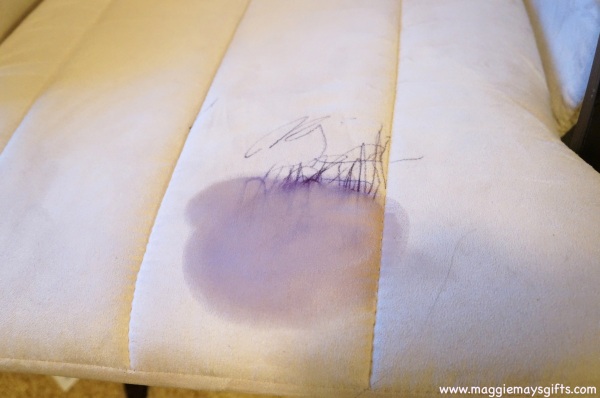 I was too far gone to stop at that point so I finished rubbing it out. When all the pen was gone, I went over the entire area again with a soaked cotton ball to erase any of the leftover traces of ink.

I had a wet spot for a short time (alcohol evaporates quickly) and then when I went back in to check on it…. 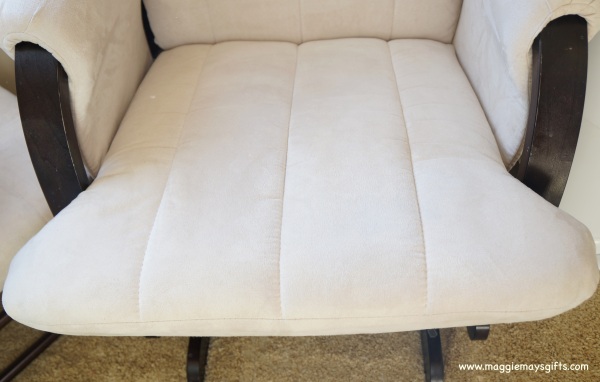 It looked better than new. Since no water was involved, there were no water marks left. There wasn’t a trace of pen or discoloration. I was amazed.

I took this excitement over to the walls hoping for the same miracle.

Dealing with paint is a little different. No matter what you use, you risk stripping the paint. I started out with the same method with the alcohol and it worked but it was painfully tedious. Her artwork was more of a mural than a picture. She covered a lot of territory. 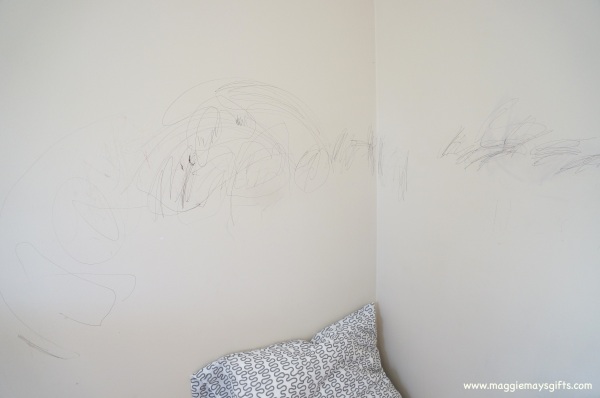 I looked into it and found some other suggestions and hopefully tried them all. None were magical. I tried hair spray but the fumes were awful and not worth it. A magic eraser worked just as well as alcohol but wears down quickly making it a more expensive route.

The end result is that if it were in a small area, alcohol or a magic eraser would have worked. Since her artistic vision was more grandiose, it was just too much territory.

I ended up painting over it in the end. But not before I gave my daughter a rag with water (for effect) and had her wipe the walls until she was miserable.

I’m praying she learned a lesson because I’ve decided if anyone draws on the walls again, we are just going to move. 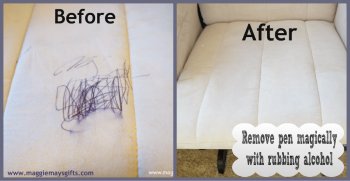 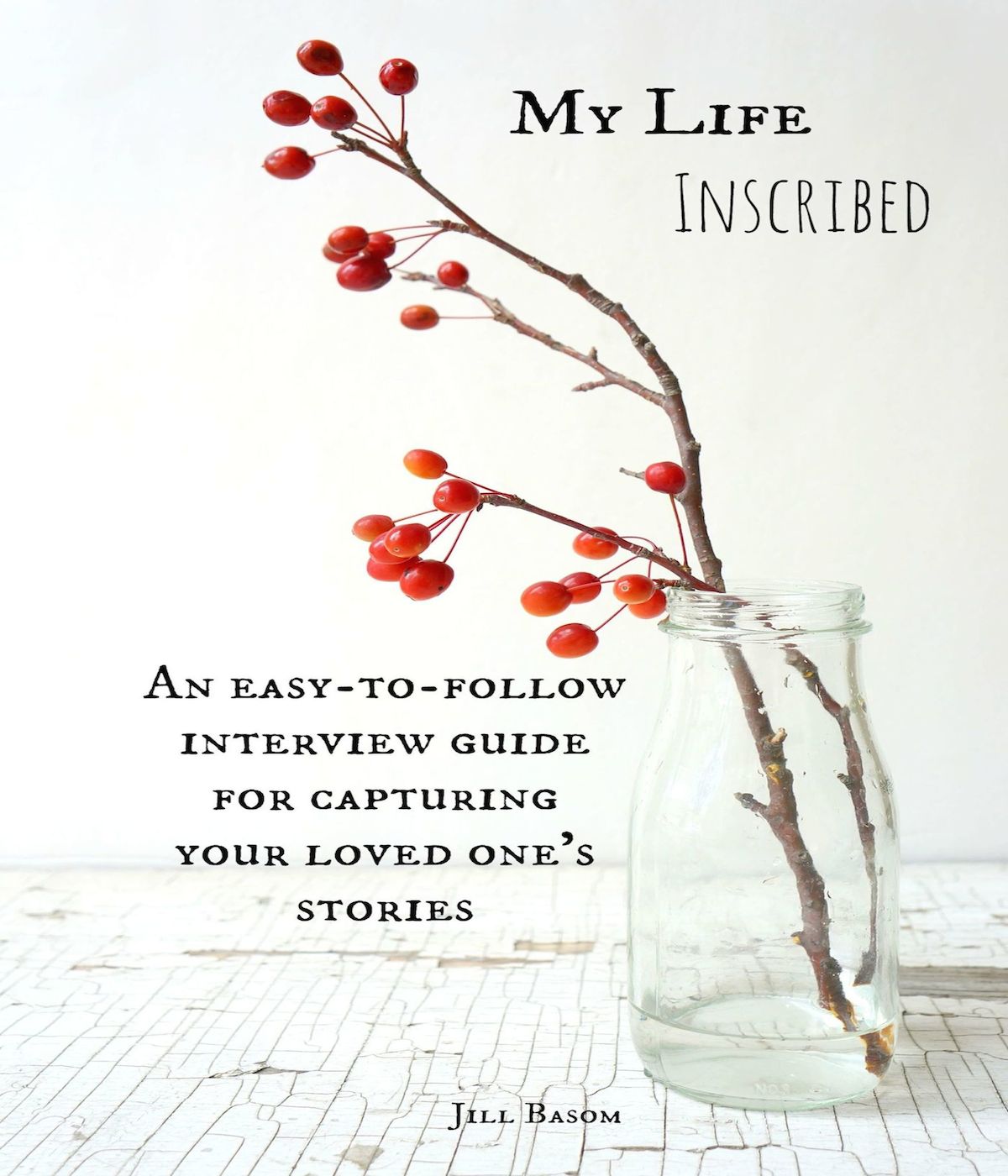 An easy-to-follow interview guide for capturing your loved one's stories.

Can’t find what you’re looking for? Search for it here.