More and more people are switching to Greek yogurt, and rightfully so. It has double the protein and half the carbs as regular yogurt. And depending on which variety of regular yogurt you normally get, Greek yogurt will have less sugar and sodium.

It has a thicker consistency so it can be used as a replacement for sour cream or other high fat ingredients in cooking. Eaten alone, though, it can be a little bitter and tangy for some people’s tastes, which is why I wanted to share the following versions.

This post is inspired by a dessert recipe that I recently tried. The dessert was a flop. But as with anything in life, it’s not a failure if you learn something from it.

What I learned was a low calorie, natural way to sweeten plain Greek Yogurt.

I ended up experimenting and came up with three different varieties.

The first is my favorite. It’s a honey-lemon version.

I just blended about 1 Tablespoon of honey into a cup of yogurt. Then I grated lemon rind into it (about 1/2 teaspoon).

Refrigerate for an hour before eating (nothing scientific here, but I found it seems to let the rind soften and the flavor settle a bit) and you have the most refreshing, lemony yogurt! It goes great with fresh fruit. 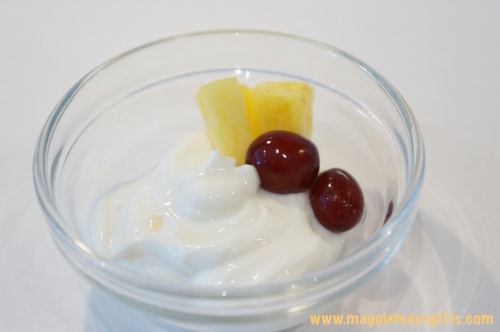 The second one is a cinnamon-maple syrup version.

Simply blend about 1 Tablespoon Maple Syrup into a cup of yogurt and sprinkle your cinnamon in (about 1/2 teaspoon). Delicious! This one goes well with a cinnamon bagel.

The third is a Vanilla-Nutmeg Yogurt. 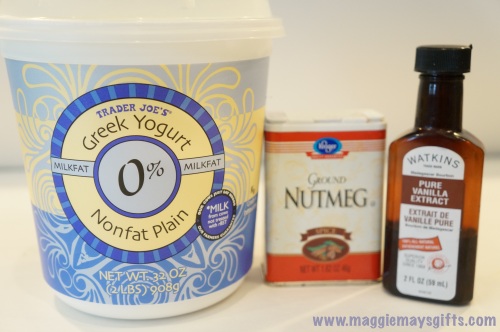 I blended about 1/2 teaspoon vanilla extract into a cup of yogurt and then sprinkled in the Nutmeg (just  a few dashes). This was has a warmer flavor and can be scooped up with graham crackers. No spoon needed!

This is just the start of the different flavors you can create. I love that you can change it up without a bunch of sugar or additives.

What do you think? I would really love to know!! Cancel reply

An easy-to-follow interview guide for capturing your loved one's stories.

Can’t find what you’re looking for? Search for it here.